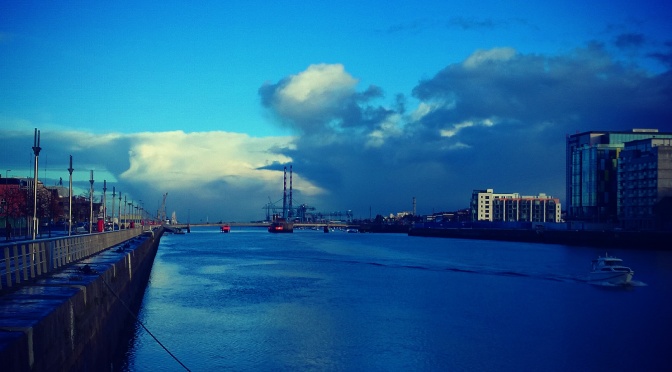 Myself and the wife have been fairly good at keeping up the Couch to 5K, although for the sake of honesty I’ll say that the good lady has been a lot better at it than I. But hey, it’s not a race, thankfully.

This morning was odd, I just wasn’t feeling it at all. The Tank was Empty. I had no get up and go and I most definitely had that familiar anxious feeling in the pit of my stomach and it was not nice. I have gotten this in the past and I’ve just kept going and it usually went away. However, this morning was different and difficult. The anxious feeling I had affected my legs and I literally had no energy. Into my third lap I just had to stop. There was nothing there and I just had to stop.

Today is also my counselling day. The day when I head up to Navan and talk through the issues which have been taking their toll on me and indeed on the people around me. Today I felt bad, last Monday I didn’t, that’s just the way the cookie crumbles.

Today I could talk about what was going on and see what bubbled to the service. Christmas 2012 was when I lost an important person in my life, my father died. It’s half the reason I’m going to counselling now, so I can be around for my daughter for as long as possible. Not long after going in did I start to talk about that and I did something I haven’t done in a long time.

I cried about missing him, about what’s gone on since he died and about what he’s missing in my beautiful daughter. It hurt to bring it out, but it felt a lot better. It was like a weight was lifted from me and I felt energised. It’s amazing how what was primarily a mental block had manifested itself in such a strong physical way. I wasn’t feeling what was going on up top so my body decided to make me listen.

That’s ok though, I should listen to my body, to what it tells me. Some days you just need to stop and take it easy or you’ll be made to.

It was nice to have that revelation and to not feel crazy for still going through the grieving process even this far down the road. But then that doesn’t hold much water either. Grief doesn’t care for my time schedule. It could be twenty years later and I’d still miss him.

It’s all about watching out for the little things and giving yourself a break every now and then.