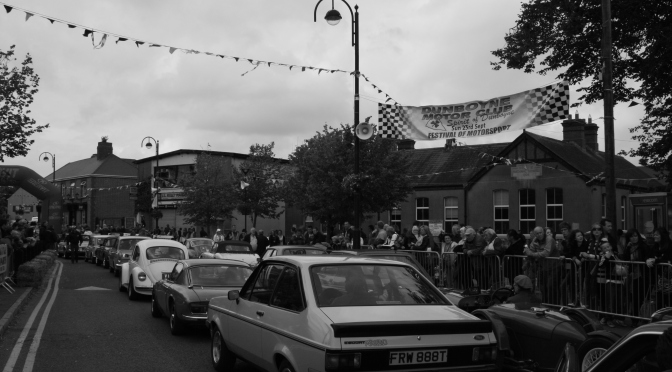 I don’t know what it is really, but lately I’ve been more alert to the dangerous drivers on Irish roads. There seems to be a lot of them. Maybe it’s that I’ve been driving around with a pregnant lady for the last 8 months and now with a baby that’s making me notice all the other drivers.

I’m becoming quite sensitive to it too. To the tailgaters, to the drivers who decide to make me a part of their risky driving and to the people on the phones who aren’t paying attention. I’m sick of it now. Maybe it’s because I have something to really lose and because they would lose me if somebody got over confident and messed up. Drivers in Ireland mess up a lot and hundreds of people a year are still dying because of other peoples stupid behaviour.

So every time I get cut off by a hairs width, have somebody try and drive into the car or overtake me on a blind corner I stop and think of what I might lose by reacting to their stupidity. Nowadays I also think about what’s going on in the other car.

Yes, sometimes some people are just fools on the road, but sometimes there’s other stuff going on too. You never really know what’s happening with them. They may be drunk, stoned, have had a fight with a loved one, had a bad day at work or be upset about something. Whatever the reason it doesn’t excuse terrible driving, but it should make you think twice about letting road rage take over or putting others at risk. You see someone being an ass? Let them be, your responsibility lies in your safety and your passengers safety. If they’re that bad then phone the Gardaí and report the reg and your location and move on.

You’re not playing GTA, this is real life. Get home safe, keep yourself safe and keep your family safe. Road rage and the feelings associated with it are temporary. Breath, let it be, carry on. Feel like you’ll lose your pride by letting someone bully you on the road? Let it go or you may lose more than that.

One thought on “Road Rage – When the Red Mist descends”